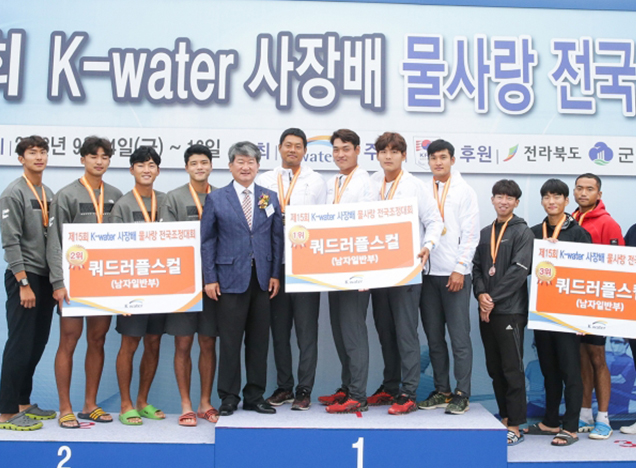 From September 14 to 16, the 15th K-water President's Cup Love for Water National Rowing Competition was held at the Geumgang Estuary Bank Rowing Center in Gunsan City, Jeollabuk-do Province. Organized by K-water and sponsored by the Korean Rowing Association, it is the nation's largest rowing competition that has been held since 2003. This year, more than 400 coaches and athletes enjoyed friendly competition in 37 events. The K-water Rowing Team took first place in Quadruple Sculls, Double Sculls and Eights, and third place in Coxless Pairs, winning the men's general championship. K-water, the event host, seeks to promote the water leisure tourism industry and contribute to the revitalization of the local economy by enhancing the cultural value of the waterside space.